Nuvali announced the top 40 finishers of the Cross Country Marathon World Series qualifying race that will be eligible to join next year’s world championship race in Germany. 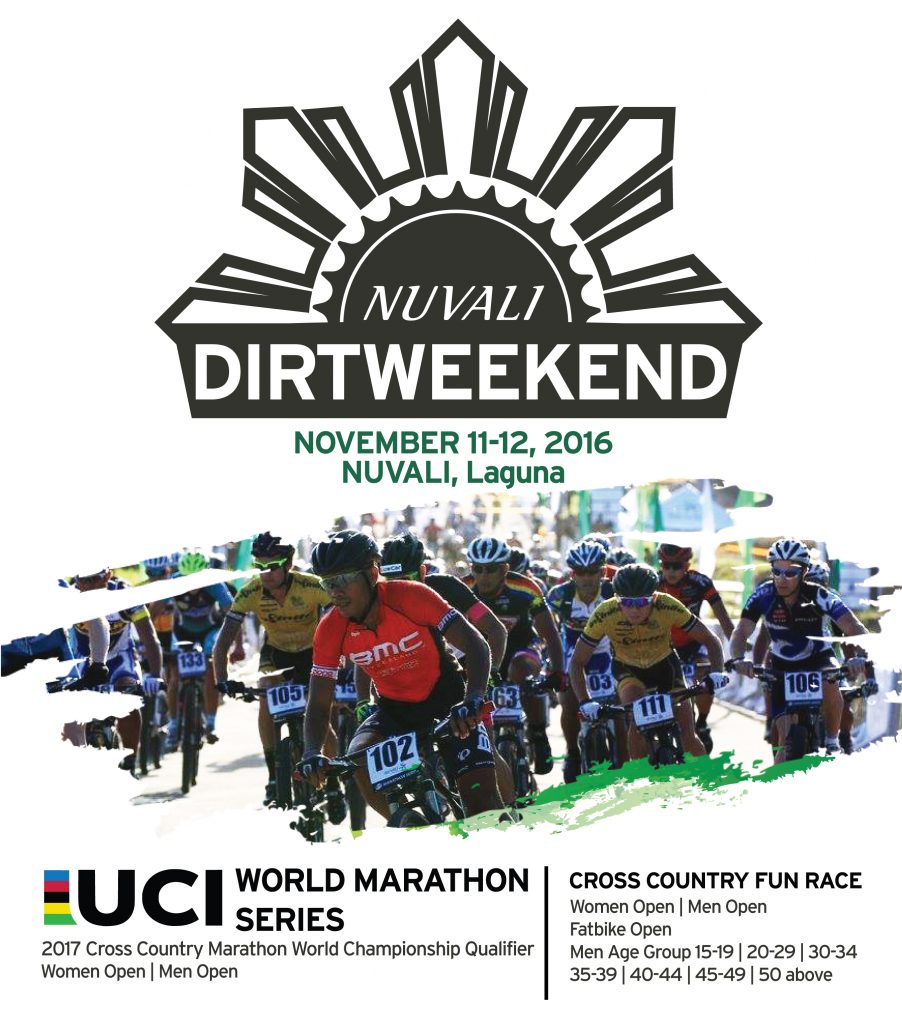 It’s the 8th year of Nuvali’s “Dirt Weekend” is considered as one of the country’s premium mountain bike race events.

Dirt Weekend is also a pioneer in bringing world-class formats in the Philippines. It’s been hosted the first Enduro Race in the country in 2012, which is a highly technical downhill event that drew hundreds for pros and enthusiats. In 2013, Dirt Weekend presented the first UCI (Union Cycliste Internationale) Philippine MTB National Championship and the first Philippine MTB Marathon National Championship. The two events alone drew almost 2,000 riders to Nuvali in total.

Nuvali announced that the 40 finishers of the Cross Country Marathon World Series qualifying race will be eligible to join next year’s world championship race in Germany. The event was held at Nuvali’s Dirt Weekend bike festival, the eight installment of this prestigious cycling event which gathered more than 1,500 cyclists representing different provinces and countries around the world, including Japan and Portugal.

Dirt Weekend also featured its signature yearly event, the 35 kilometer Dirt Weekend Cross Country Fun Race which had over a thousand participants ranging from 15 years old up to 50 years and above in the Masters Category.

For future events at Nuvali, you can check their website – http://nuvali.ph/whats-nu/